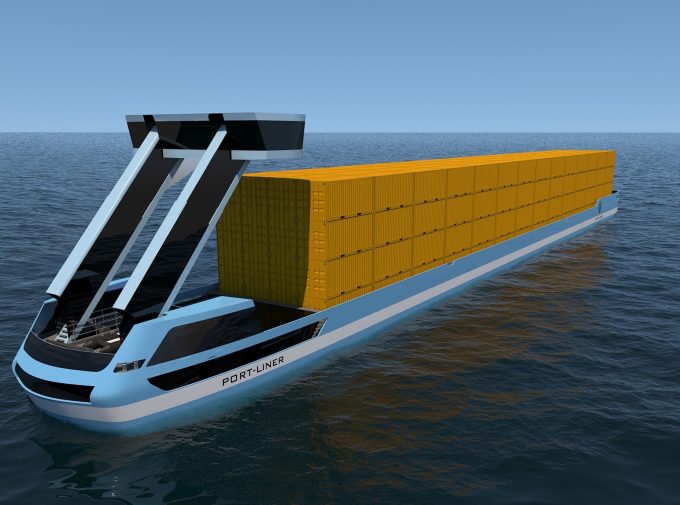 5 autonomous electric barges,
. . . will begin operating between the
. . . De Kempen intermodal terminal in the south of the Netherlands, and
. . . Antwerp beginning in August.

The barges are expected to remove,
. . . 23,000 trucks — most of them diesel powered — from area roads.
They have been designed to fit beneath the many bridges,
. . . found in the Netherlands, and Belgium.
The batteries, are mounted in a container of their own,
. . . which means they can be used by existing vessels.
. . . This allows us to retrofit barges already in operation
"The containers are charged onshore,
. . . by carbon free energy provider Eneco,
. . . which sources solar power, windmills and renewables.”